Last year I was designing new maker space possibilities and other pop-up urban interventions at Ravensbourne College, designed to extend the college into the peninsula and the publics that use, work and live in the area. 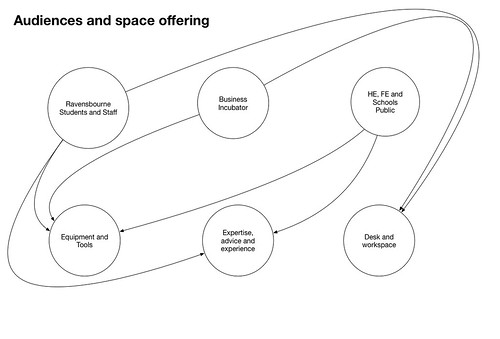 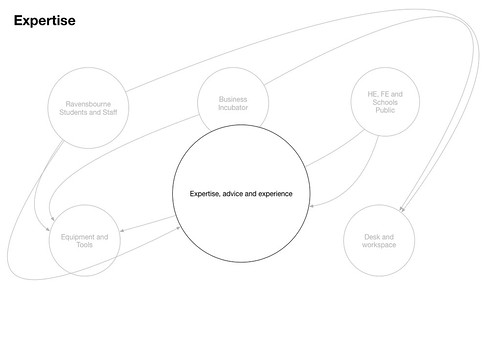 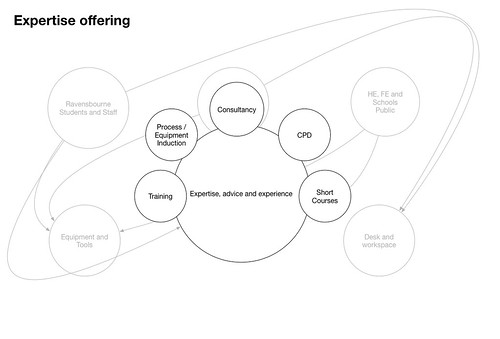 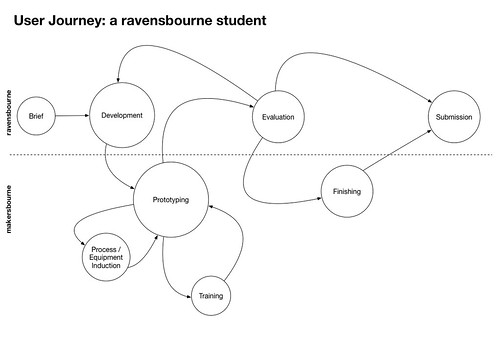 The new space became a challenge when the original, physical space to be used fell through. So in the interim we started developing some alternative activities. These included developing a course to introduce Hydroponics, taking over a rough piece of land to develop a growing space and an outdoor space for the Architecture students to build and show structures as well as investigating the possibility of setting up outside Kilns and glass blowing infrastructure.

From Soil to Water
One of the initial hopes was to have elements of permaculture and care of the land designed into the space. On the peninsula this has its own unique challenges, the land is reclaimed from industrial land, new topsoil and the hope that all the poisons are well buried. It is not a space to grow food.

What was developed was a set of ideas around Hydroponics instead. Initially an introduction course to hydroponics, aimed at all ages and one that could be run in an afternoon.

Placing units around the building in common areas

Using Ikea hydroponic equipment, we set up a couple of growing ‘pods’ around the building and eventually harvested the crop, which was donated to the cafe that is run in the front of the college building.

Before cropping above, and below after cropping

There were at least two of these metal trays harvested.

We have two containers like this, one for each hydroponic frame

The cafe made salads and soups from the crops.

Then further work was done to investigate using arduinos and raspberry pi computers to control aspects of the growing, including lighting, so that in future the architecture students, for example, could embed the growing environments into their structures.

Placing the neopixel strips against the structures.

This led to speculative work on how the building could start to embed growing spaces within its fabric.